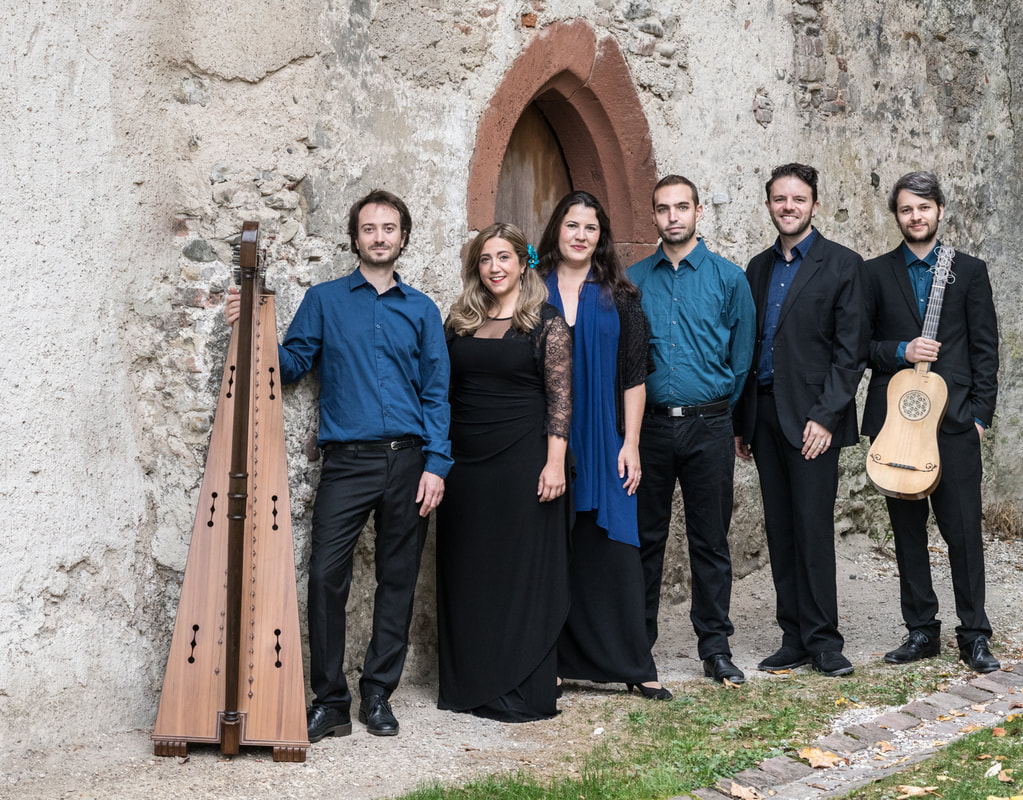 La Boz galana was created in 2011 in Basel, Switzerland, by singers and instrumentalists from Brazil, Chile, Colombia, and France. The ensemble is particularly dedicated to the interpretation of Renaissance and Baroque Iberian and Latin-American repertoire.

The name (‘the gallant voice’), uses the orthography of the sixteenth and seventeenth centuries. It’s an expression that could be used in poems to describe a song beautifully sung or a text gallantly proclaimed.

«¡En fiesta tan alegre!», their first CD, with villancicos and motets by the Spanish composer Matías Durango, was released in 2015, edited by Lindoro. Two further CDs where released in 2020, with warm reception from the critics: «D’Amor mormora il vento» (edited by Ramée), with Spanish and Italian songs and dances of the 17th century, and «Los ecos de Manzanares» (edited by Brilliant Classics), with songs from the Cancionero de la Sablonara.

La Boz Galana carries out, alongside performing, a constant musicological and philological research coordinated by Sebastián León, who has a PhD in Literature studies by the University of Barcelona.